Verbal Attacks on Journalists – recurrent and without any consequence

Attacks against Kosovo journalists, to a large extent, remain unsolved. 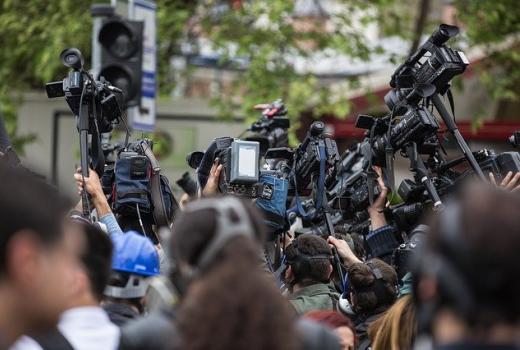 On the night of June 13, 2020, an attempt was made to burn the car of Shkumbin Kajtazi, owner of “Jepi Zë” news portal. Four months later, in October of the same year, there were six shots fired at his car while it was parked in downtown Mitrovica.

Fast forward two years from those attacks perpetrated against him and we find Kajtazi expressing dissatisfaction with the work that has been done to date by law enforcement and investigative bodies.

The journalist represents that police actions in the first case, that of the attempted burning of his car, “were worthy of applause” but says that the prosecution delayed the process.

Kajtazi highlights the fact that the prosecution was satisfied with the case outcome of 10 months imprisonment for the person who attempted to burn his car, however, according to him, this institution failed to extend the scope of the investigation to uncovering who commissioned the deed.

“He was sentenced to 10 months in prison, but I was not satisfied because I was interested in those that commissioned the attack and not the punishment of that young man who was deceived by someone. However, no additional investigation took place, even though the perpetrator had confessed that he had committed the crime ‘because of a news story’ that I had published. The Prosecution did not even ask him what news story, which could potentially provide investigative leads related to the commissioners, but they simply accepted the “confession” as a mitigating circumstance and proceeded to close the case,” Kajtazi states.

While, on the second case of shots fired at his car, Kajtazi says that despite the fact that almost 2 years have passed, the police have not arrested anyone, there are not even any suspects.

Regarding the attack on Shkumbin Kajtazi’s car involving firearms, the spokesperson of the State Prosecutor’s Office in Mitrovica, Valon Preteni, has announced that the case has already been assigned to a prosecutor. However, he has not indicated whether there are any arrestees or suspects linked to the attack against Kajtazi.

Preteni also announced the actions of the State Prosecutor’s Office regarding the attempted burning of the car belonging to journalist Kajtazi.

“Regarding the first question, on this case, the Basic Prosecution Office in Mitrovica, on October 27, 2020, filed an indictment against a person with the initials E.J., on criminal charges of “arson”. As for the second case, this case has been assigned to a prosecutor of the Basic Prosecution Office in Mitrovica and is being processed,” he stated.

According to the information provided by the Kosovo Police Information Office, this institution during 2020 handled 20 cases and two tips involving various criminal offenses. Fourteen of these cases were initiated as “threats,” two of them as “harassment,” while one case each was initiated on criminal offenses of “bodily injury,” “causing general danger,” “arson,” and “intrusion into computer systems.”

Albionetë Ademi, Board Member at the Association of Journalists of Kosovo (AGK), says that verbal and physical attacks against journalists have not decreased. Ademi notes the fact that in recent years there have been no assassinations of journalists in Kosovo, but according to her, “crimes against them [journalists] remain significant.”

Ademi says that the impunity of attacks on journalists has become part of the culture, which according to her has caused verbal attacks to become commonplace in our country.

“Attacks against Kosovo journalists, to a large extent, remain unsolved. Impunity for attacks on journalists has become part of the culture. And impunity is even more dangerous because it induces further attacks on journalists. In light of such impunity, I believe that attacks, especially verbal ones, against journalists are not isolated cases. They have become commonplace. Therefore, the responsibility falls exclusively with the justice system, which is still lagging in solving such cases,” she stated.

“Political actors do not suffer consequences for verbal attacks on journalists”

When asked why journalists are verbally attacked by political actors, Ademi notes that impunity and the belief that you can attack a journalist without any consequences has spiked the number of such attacks.

“Political actors often attack journalists or launch mob lynching campaigns against certain journalists. And they never suffer any consequences. Including legal. In the rarest of cases, there may be an apology, and only after major public pressure,” added Albionetë Ademi from AGK.

Journalist Shkumbin Kajtazi has also experienced threats and verbal attacks from politicians. He singles out the threat against him in 2018 by the then mayor of Mitrovica, Agim Bahtiri, while adding that the police had filed a criminal complaint against him.

While some of the attacks have targeted specific individuals, others have targeted the media and journalists in general. Albionetë Ademi from AGK, while talking about some of the verbal attacks by political actors against journalists, highlights the case of Prindon Sadriu, husband of President Vjosa Osmani.

“There were the verbal attacks by the President’s husband, Mr. Prindon Sadriu, at the same time also Acting Ambassador of Kosovo to the Republic of North Macedonia, where he refers to journalists as “joint criminal enterprises.” There is also derogatory language by officials of the ruling party towards journalists, as well as the Association,” she says while adding that such attacks influence the incitement of mob lynching against journalists by the supporters of these political actors.

Media law attorney Flutura Kusari claims that attacks on journalists create an unsafe environment for journalists. She adds that the lack of government measures providing for the safety of journalists has influenced this increase in attacks against them.

“The increase in attacks on journalists is related to lack of proper rule of law, harsh rhetoric from politicians against journalists, and lack of affirmative government measures for the safety of journalists. Most crimes against journalists remain unresolved, leading to a culture of impunity for crimes. Likewise, the harsh derogatory language of politicians towards journalists – calling them sellouts, spies, etc., – creates a climate of insecurity and makes journalists a target of online and offline attacks, especially by political militants,” stated Kusari.

While, according to Shkumbin Kajtazi, politicians dream of a world where there are no journalists, because according to him, it is easier for them to engage in corruptive affairs and other violations.

Are attacks on journalists handled properly?

According to the information provided by the Kosovo Police, in the last five years, this institution has handled 72 cases of various verbal and physical attacks on journalists. Although according to the statistics the criminal offenses are varied, the Police Information Office says these 72 cases relate to criminal offenses that mostly involve threats and harassment through social media.

However, for the benefit of this institution and the Kosovo State Prosecutor’s Office, journalist Shkumbin Kajtazi says that verbal attacks and threats against journalists are not always handled properly. Rather, according to him, it was public pressure that pushed these institutions to take such cases more seriously.

Flutura Kusari, media law attorney, also affirms that the State Prosecutor’s Office, the Police, and the Courts do not prioritize the safety of journalists.

“Journalists’ safety is never a priority for these institutions at their higher levels. Although there are police officers, prosecutors, and judges who do a good job, the successful handling of journalists’ cases can only happen when the Kosovo Judicial Council, the Kosovo Police, and the Kosovo Prosecutorial Council decide to treat these cases with priority,” she says.

Kusari notes that sentences on offenses against journalists are less severe than those imposed on criminals who attack politicians.

“The media is the fourth estate, because without it, democracy is not possible. They have an essential role in society and that is why they enjoy special protections,” she added.

On the other hand, Albionetë Ademi says that AGK considers the Kosovo Police to be the most effective institution, while adding that the inefficiency of the Courts makes the work of both the Association and journalists difficult.
“We at AGK, we believe that the Police is the most cooperative and effective institution. The Police, the State Prosecutor’s Office, and the Court have appointed a coordinator for cases involving journalists. However, the Courts are the least effective, which makes the work of the Association as well as the work of journalists difficult, since cases drag on or the punishments are not proportionate to the crime,” she says.

Concerns about the attacks on journalists were also raised in the report published by the US State Department. This report states that there has been a tendency for media representatives to be intimidated by politicians and public figures. Also, this report lists some of the attacks that have been perpetrated against journalists in 2021.

This text was created as part of the mentoring programme Solutions and Innovations in Media, which is implemented by Mediacentar Sarajevo and the Association Zašto ne, with the financial support of the embassies of the Kingdom of the Netherlands in the Western Balkans region.