“We have to think globally, but start locally” – is one of the sentences that would perfectly describe  “Ecological journalism”, one of the two last master classes of the last day of the conference “Solutions and Innovations in the Media” held on 20th of May in Sarajevo, Bosnia and Herzegovina. 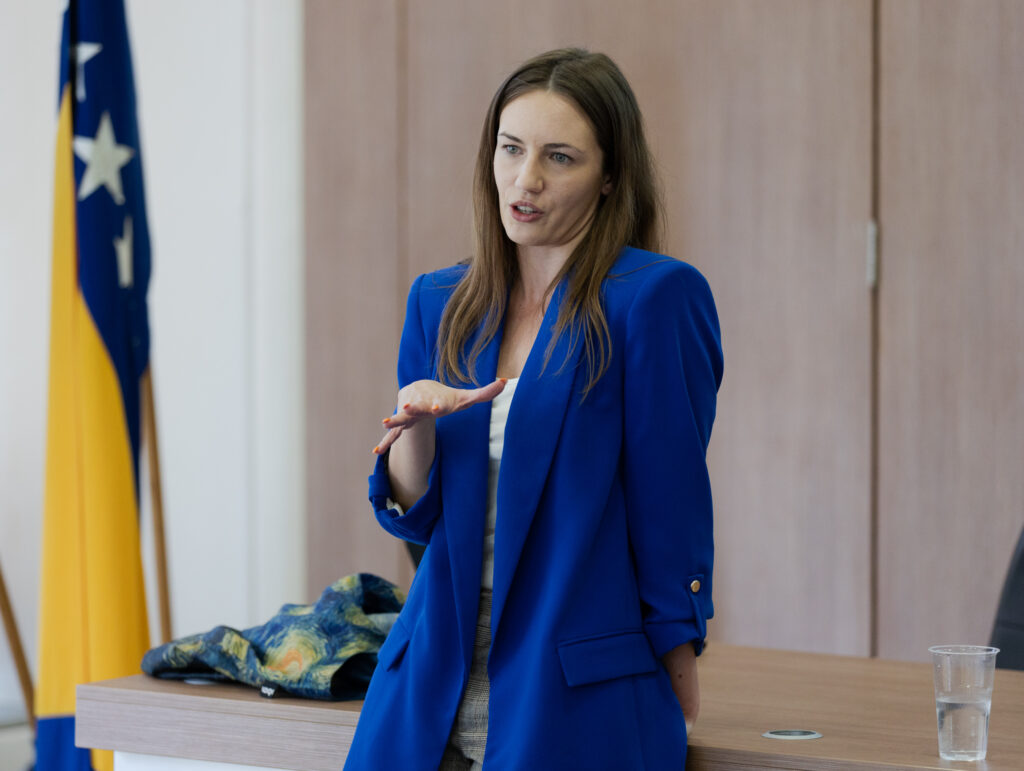 This master class aimed to find out the topics that ecological journalism covers and the dangers that come with it. Through the session, participants learned about the ecological topics they can cover.

At the beginning of the session, the trainer of this program, Jelena Kalinić, a scientific journalist and the author of blogs “Quantum of science” and “vakcine.ba”, pointed out that ecological journalism is a subgenre of science journalism. According to her, you can not write only about a specific science, you have to cover them all.

Kalinić added that ecological journalism starts, but it’s not limited to air pollution or the lifestyle humans have nowadays and its harmful impact on the environment. Ecological and environmental journalism, she said, studies the entire environment, urban planning and more.

“If we are doing a certain story on science which is under environmental journalism, we don’t have to always think about bad things. We can write a story about today’s world bees and their value to the ecosystem. Or we can even write about coral reefs”, she said.

“Why should someone living in Bosnia or somewhere in Western Balkans write about coral reefs?”, she asked while explaining that these articles can protect the corals and raise awareness of the chemicals we use for sunscreen. 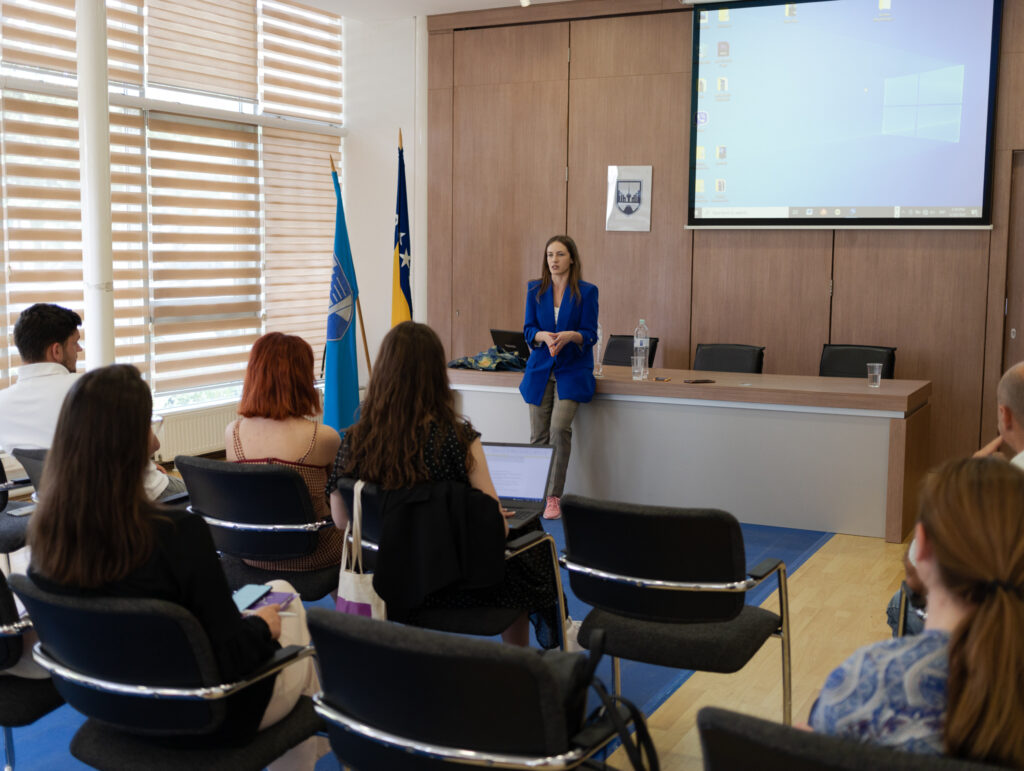 Kalinić explained that oxybenzone, a chemical found in sunscreen, is harmful to corals. According to scientists at Stanford University, anemones that are related to corals make oxybenzone water-soluble by combining it with sugar, but the process also makes the chemical toxic to coral reefs.

In addition to this information, participants shared their experiences regarding articles they wrote about ecological issues related to the Adriatic sea and the impact that humans have had there within years and are continuing to do so and how this impacts our ecological system.

During this master class, Jelena also explained the dangers of environmental journalism and the difficulties journalists encounter when reporting in such a field. Kalinić emphasized journalistic reporting on hunting as one of the most dangerous.

“When we think about wild cats and bears, we don’t think that they will go to places near people. But, they do because they don’t recognize laws or borders. In this case the state should have a strong law enforcement that would prevent the killing of protected animals outside the hunting season. But, despite the laws, illegal hunting still continues, and it’s one of the most dangerous areas a journalist can cover”, Jelena Kalinić said. 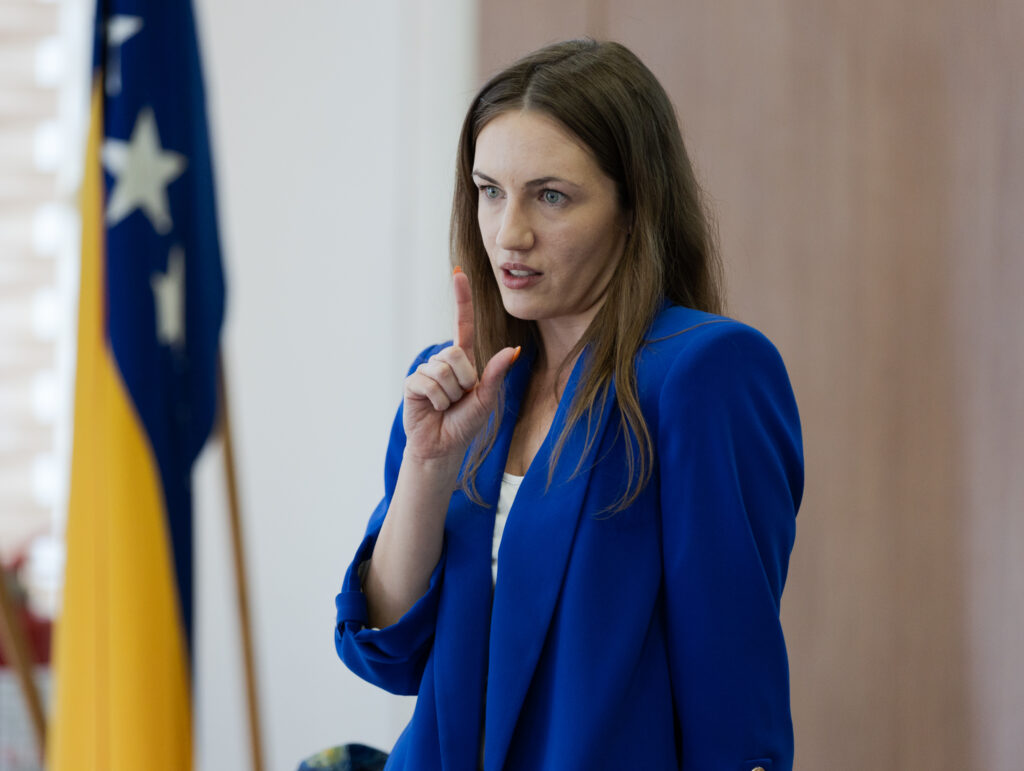 She also stated that some of the difficulties in covering illegal hunting are making no noise in order to remain undetectable because if illegal hunters catch you, they may hurt or threaten you in order not to report such a phenomenon.

At the end of this master class, Jelena Kalinić, together with the participants, concluded that part of ecological journalism is also reporting about possible solutions to different issues that a journalist would cover.